It Came From Ladybird Lake

The Capital City Mens Chorus presents the first concert of their 29th consecutive season, It Came From Ladybird Lake!

The men of the award-winning Capital City Mens Chorus kick off their 29th consecutive season with their first ever Halloween show: “It Came from Ladybird Lake!”

Featuring music from The Addams Family Musical, Mystery of Edwin Drood, Randall Strop’s powerful “Dies iræ,” Arthur Sullivan’s “When the Night Wind Howls,” along with many other favorites that youre sure to recognize!

Of course, no Halloween performance would be complete without some of your favorite selections from The Rocky Horror Picture Show!

Come on out and try out your Halloween costume before the 31st, as family-friendly costumes are encouraged!

Let the men of the CCMC put you in the Halloween spirit, with some haunting melodies that are sure to thrill and chill you to the bone! 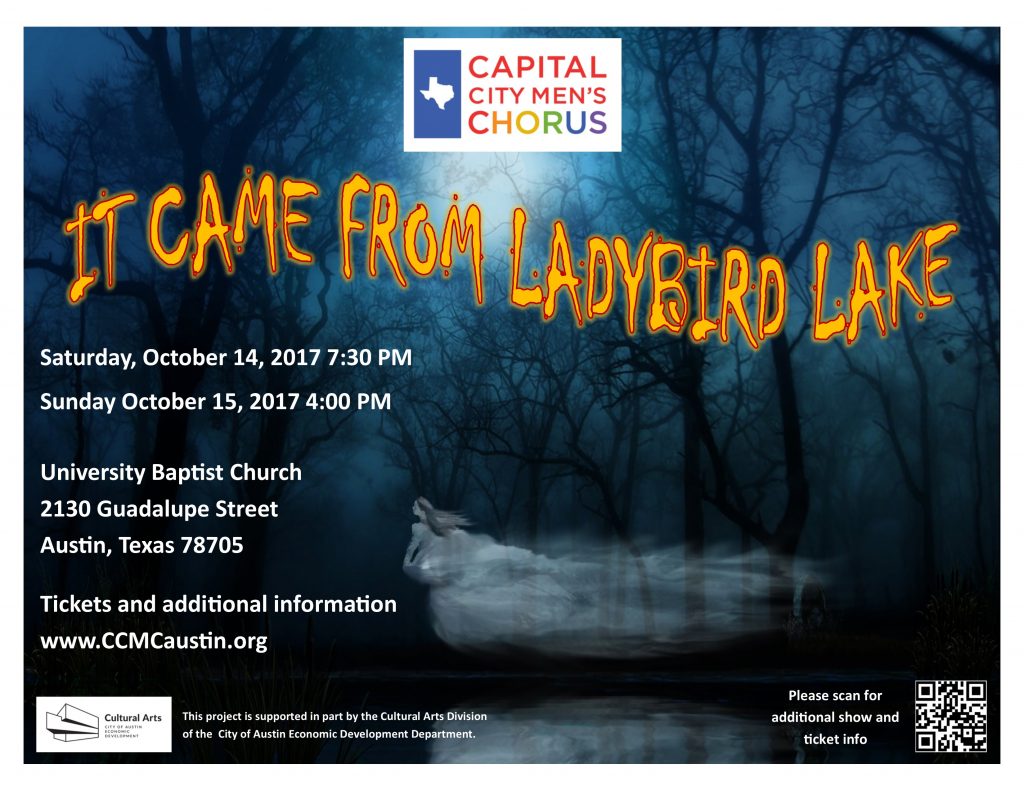