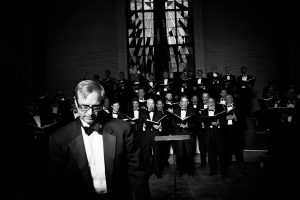 Dr. Jeffrey Jones-Ragona joined the Capital City Men’s Chorus in February 1995 as interim Artistic Director and was offered the permanent appointment to the position in June of that same year. He received his DMA in Conducting from the University of Texas at Austin in 2006. Under Jeffrey’s direction, the CCMC has produced three commercial CD’s, “Silent Noon,” a collection of love songs, “Northern Lights,” a Celtic Christmas album, and “Fall Back to Standard Time,” a collection of American Jazz songs. The CCMC has also performed with the Austin Civic Orchestra, and Austin Opera, and collaborated with all of the Texas GALA Choruses. His musical career has been wide-ranging and varied, including performances in Musical Theatre, Opera, Recital and Oratorio. While his duties at CCMC keep him busy he manages to find time to serve as a director for numerous organizations around Austin. 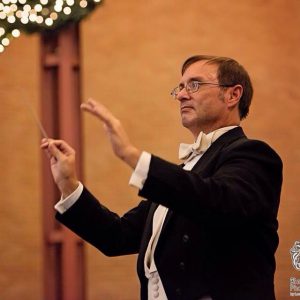 Jeffrey is also the founder of the choral-orchestral ensemble Musica Ecclesiæ, and also serves as the Music Director and Conductor of Gilbert and Sullivan Austin, the Director of Music at the Cathedral of Saint Mary, and as Conductor of the Makheilah at Temple Beth Israel.

He has taught on the music faculties of Drake University, St. Edward’s University, and Southwestern University. He has over a dozen commercial recording credits and as a soloist has toured throughout North and South America.